The March 2021 issue of British Cinematographer is now here! You can find out more about just some of the exclusive interviews and articles you can expect to find inside this incredibly special edition now by reading on…

In an extraordinary cover story special, British Cinematographer talks to the two-time Academy Award winner Sir Roger Deakins CBE BSC ASC about his truly remarkable life and career. In this not-to-be-missed interview, the master craftsman shares his valuable insights and discusses his filmmaking highlights, creative influences, and a long-standing passion for collaboration.

Following Deakins’ recent knighthood, the BC team also catch up with frequent collaborators, fellow cinematographers, key industry figures and friends who share memories of working with the legendary cinematographer and reflect on the impact his work has had.

And that’s not all! The latest issue features the debut of the brand-new Masterclass section and, of course, it’s only fitting that a master cinematographer should kick off proceedings. In the first instalment of the new feature, Sir Roger shares insights into a selection of scenes from his vast filmography. 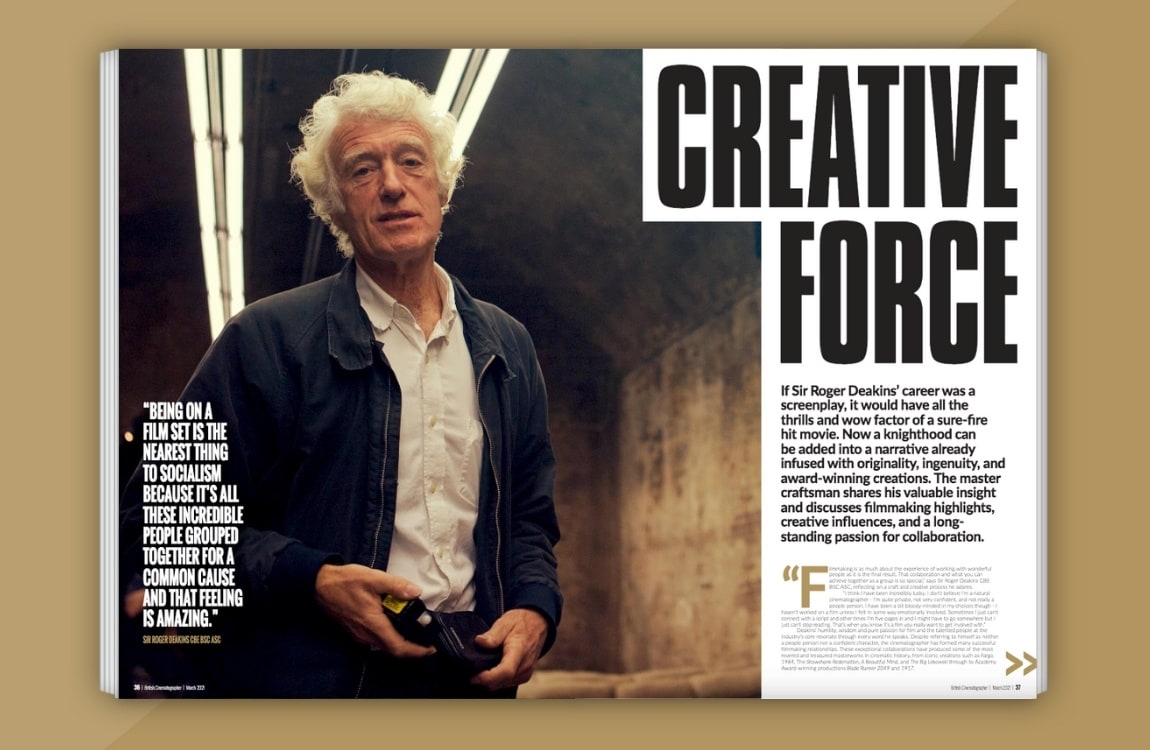 SEAN BOBBITT BSC ON JUDAS AND THE BLACK MESSIAH

Based on the true-life story and debut novel of Nico Walker, the Apple TV+ drama Cherry tells the tale of a former army medic who returns from Iraq, haunted by war and with extreme undiagnosed PTSD and becomes addicted to drugs.

It was the role of Newton Thomas Sigel ASC to lense the emotionally charged story. He discusses working in collaboration with directing powerhouses Anthony and Joe Russo once again, shooting with the Sony VENICE, and constructing a multitude of filmic tones to suit the wide-ranging chapters within the film. 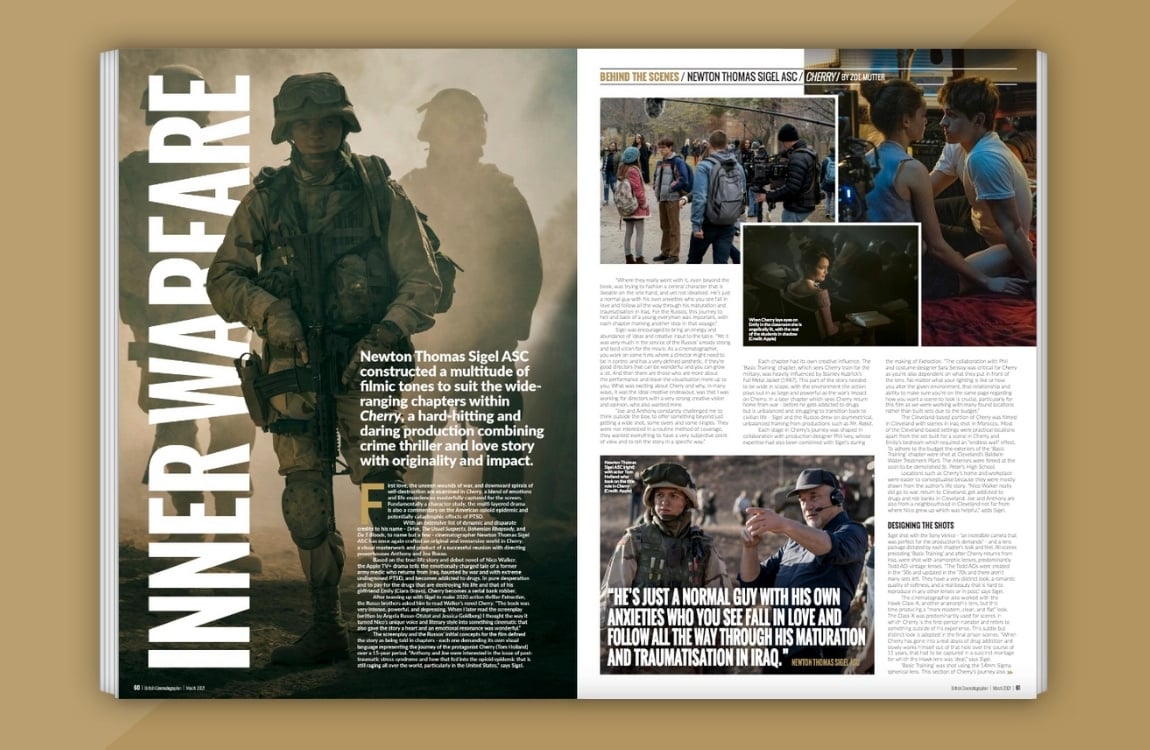 It was the responsibility of Australian cinematographer Lachlan Milne ACS NZCS to capture the look on Minari, the semi-autobiographical story of a Korean American family making brave sacrifices in the quest for a better life.

Milne shares details of how he immediately fell in love with the heartfelt story and how he and a small, dedicated crew resourcefully worked to bring the film to life despite time and budget challenges. 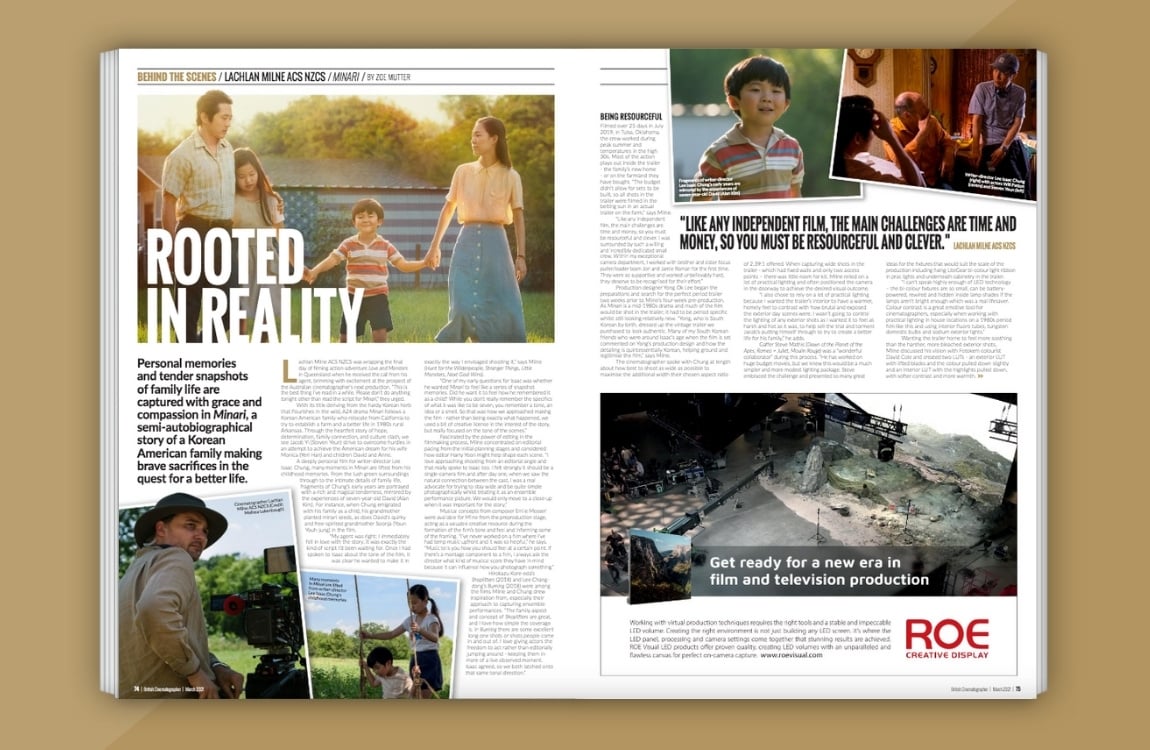 Zoe Mutter caught up with her in a fascinating interview in which she shares her references for the film, discusses the challenges of shooting at almost 4,000 feet in the mountains of Nepal, and adopting delicate camera movements to tell a story of stifled desires. 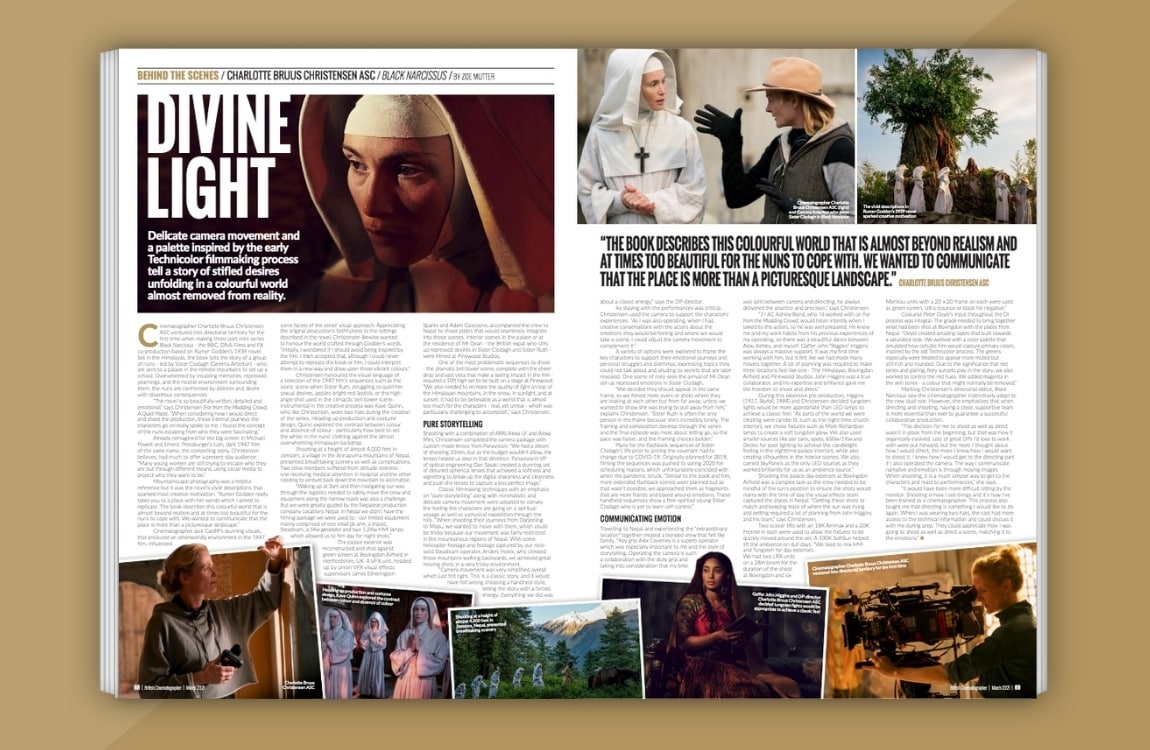 He discusses his biggest inspirations, career highlights so far, and the challenges he overcame on his most recent production. 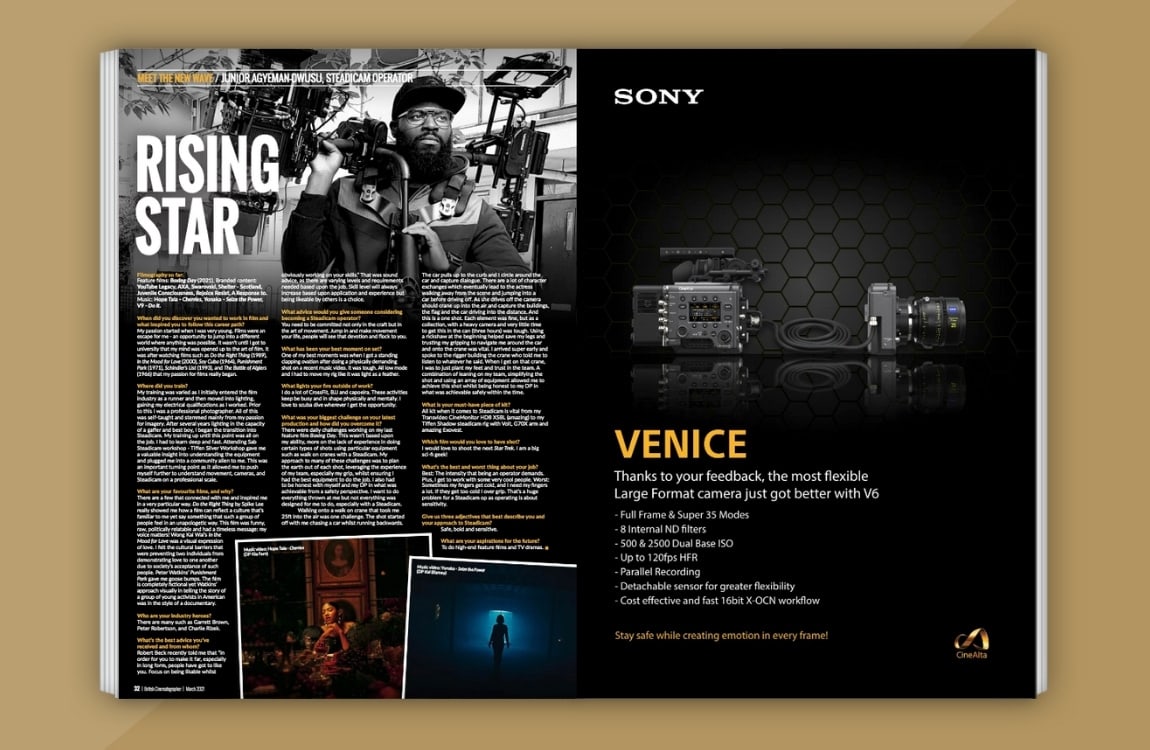 HERE’S WHAT ELSE YOU’LL FIND INSIDE THE LATEST EDITION…

BSC President Mike Eley BSC discusses the BSC’s Diversity & Inclusion Committee’s objectives and the influence the society can have in creating a more inclusive industry to ensure talent is recognised in the latest edition of President’s Perspective.

IMAGO’s Interim Chair Ron Johanson OAM ACS outlines the collaborative spirit encouraged by the federation and the importance of supporting fellow cinematographers through both highs and lows.

In the latest instalment of Letter from America, David Heuring examines the impact of the pandemic and streaming on the theatrical experience and highlights the power that can only be achieved on the big screen.

With the help of David Johnson BSC, BC takes look back at Alien, the film that defined Derek Vanlint CSC’s career in the second Cinematic Classic.

In the all-new feature, Point of View, sustainability experts and filmmakers are asked what actions need to be taken for the industry to transition to zero carbon emissions by 2050.

The latest issue also shines a light on gaffer John Attwood, Tania Hoser speaks to three fellow illuminatrix cinematographers about their process of turning visual concepts into cinematic reality, and BC rounds up some of the latest UK studio developments and the role they will play in the future of filmmaking.

Digital and Print & Digital Subscribers can read the 104th edition now by clicking the link below...

Print subscribers will receive their copies in the post.

Not a subscriber yet? You can purchase a Print or Print & Digital subscription today and receive 7 copies of the award-winning publication for the price of six including this very special 104th edition (print copies of the 104th edition will be delivered in the post in May 2021 along with the 105th issue)…