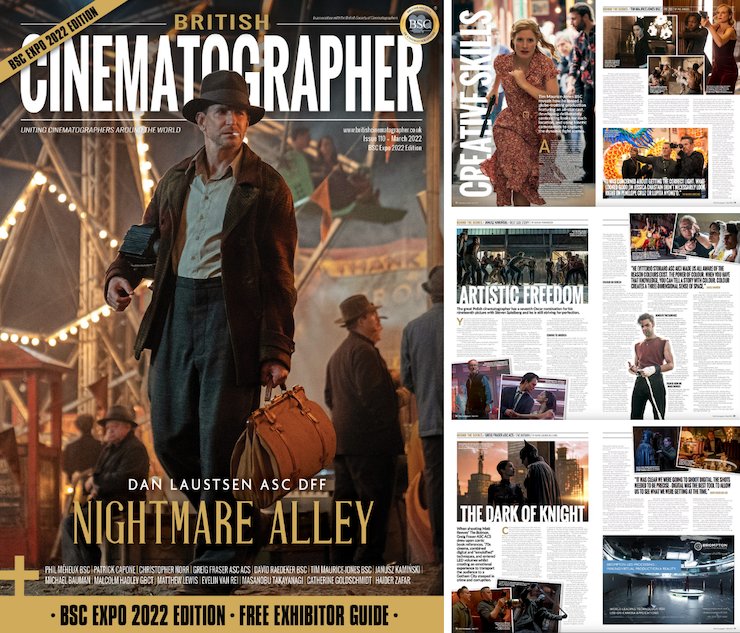 The March 2022 issue of British Cinematographer is now here! You can find out more about the exclusive interviews and articles you can find inside the BSC Expo 2022 special edition now by reading on…

TIM MAURICE-JONES BSC ON THE 355 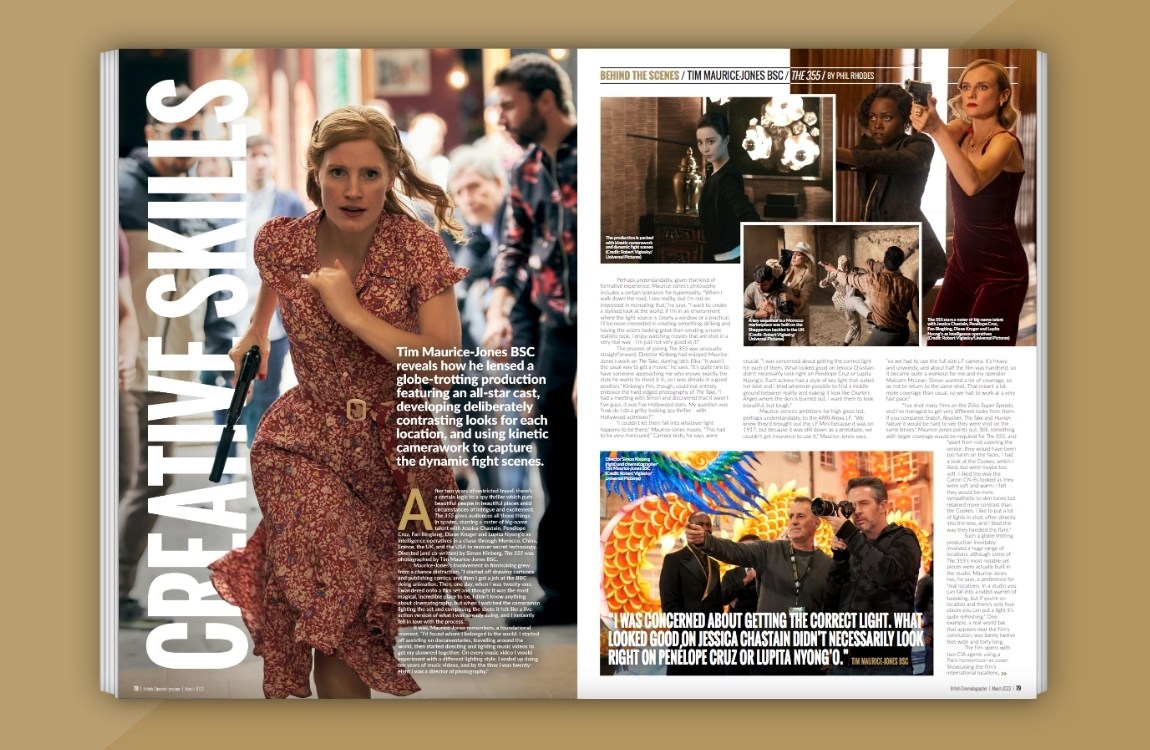 In the cover story special, British Cinematographer editor Zoe Mutter catches up with Dan Laustsen ASC DFF to discuss his time lensing neo-noir psychological thriller Nightmare Alley - based on the 1946 novel of the same name. 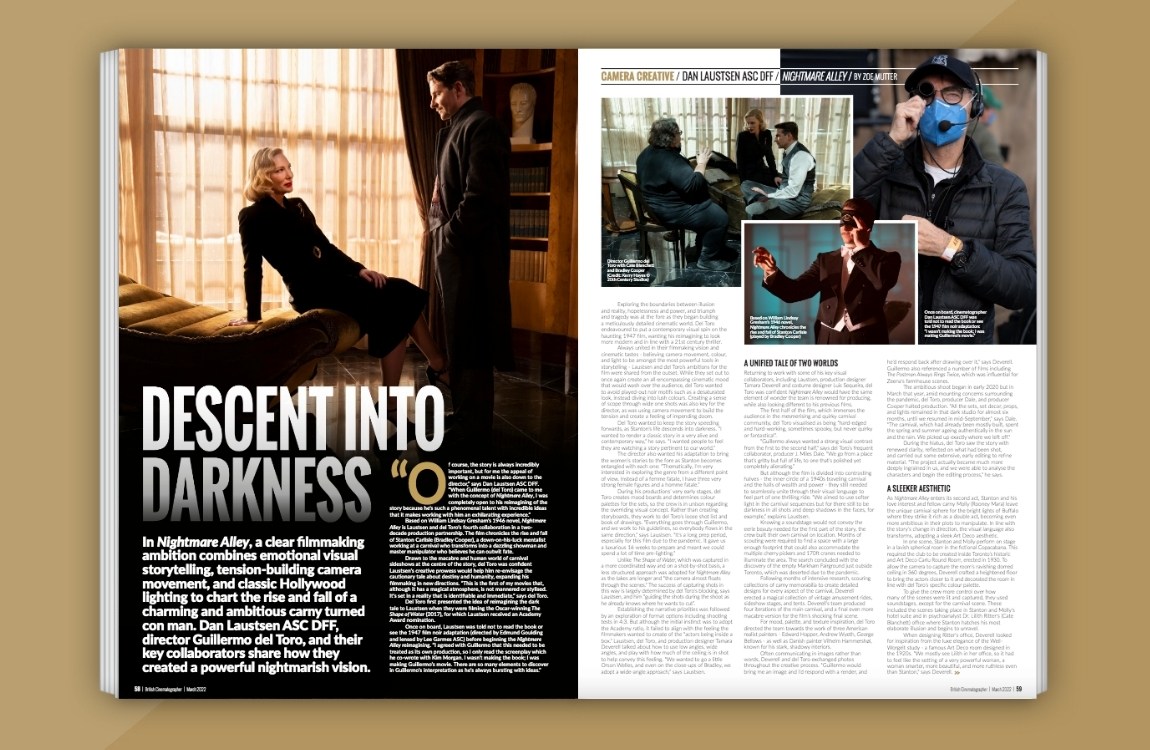 JANUSZ KAMIŃSKI ON WEST SIDE STORY

The critically acclaimed musical drama West Side Story is the second feature-length adaptation of the 1957 stage musical of the same name.

Polish born American cinematographer Janusz Kamiński received his seventh Oscar nomination for his nineteenth picture with director Steven Spielberg. He tells British Cinematographer all about his experience shooting the film. 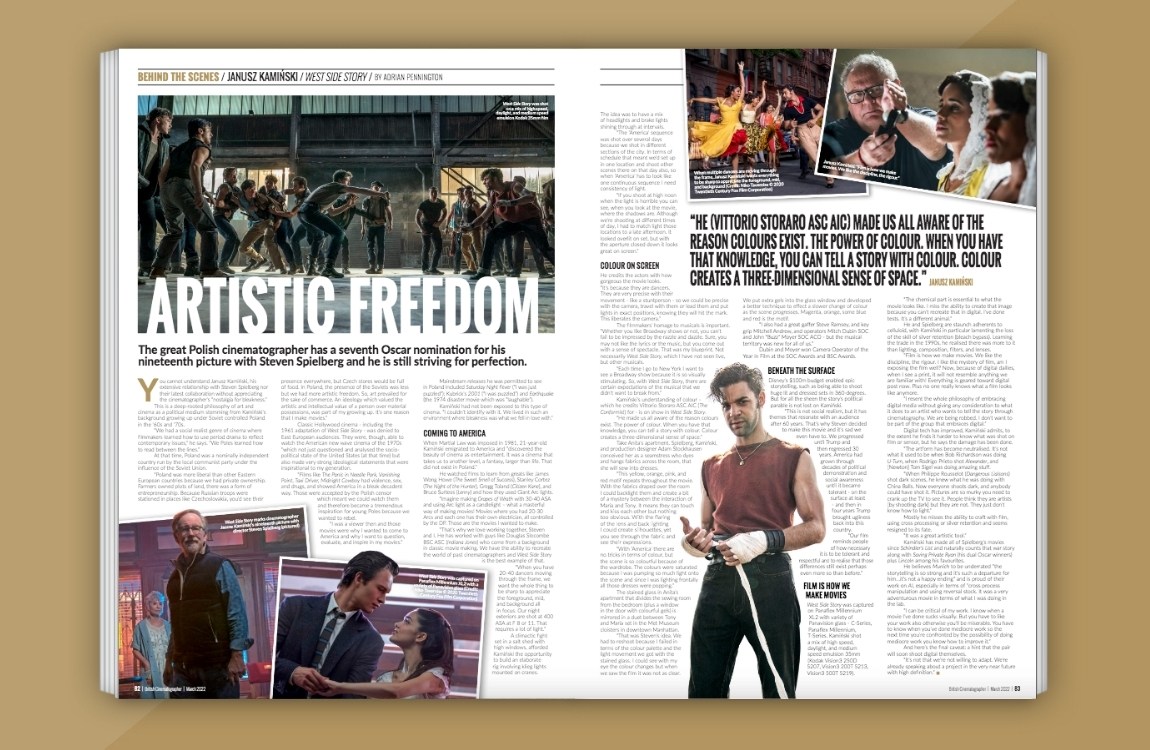 Chloe, created by main writer and director of three episodes Alice Seabright, starts as an examination of social media aspirations.

Cinematographer Catherine Goldschmidt talks about her experience shooting the six-part psychological thriller series for BBC One and Amazon Prime Video. 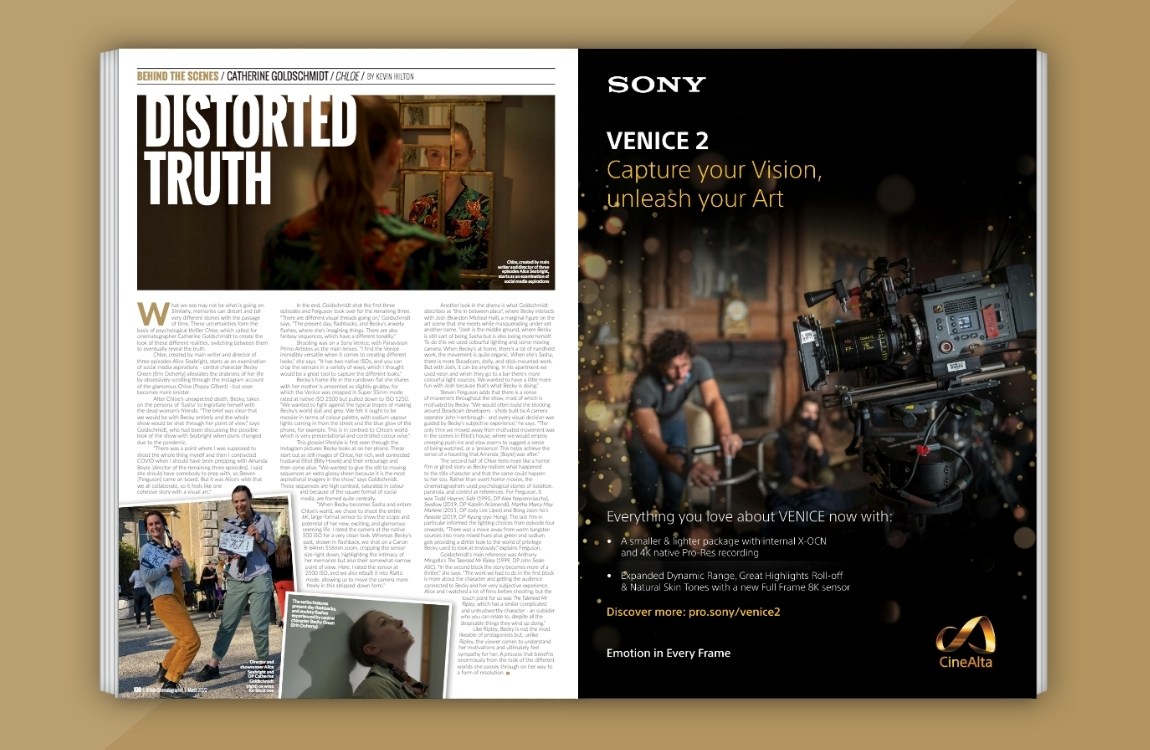 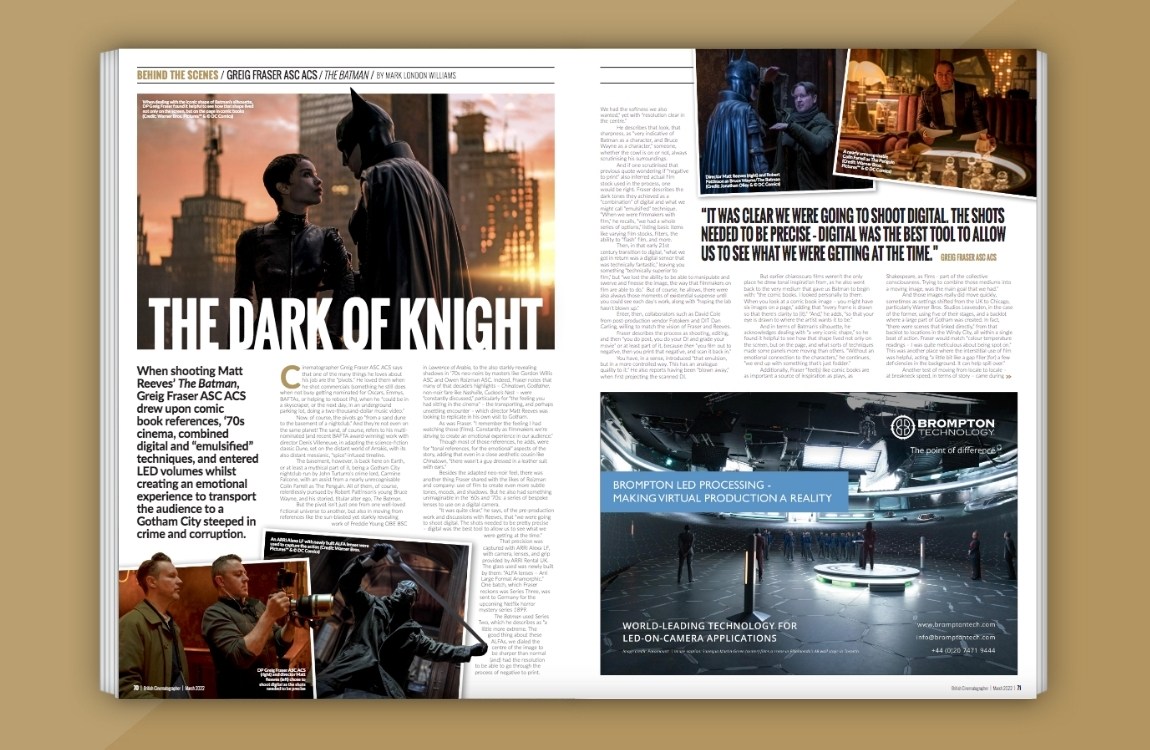 MALCOLM HADLEY GBCT ON THE HOUSE

Combining three self-contained narratives in one and shifting between different eras, Nexus Studios' stop-motion creation The House chronicles the events that unfold in one unconventional house.

Cinematographer Malcolm Hadley GBCT tells British Cinematographer all about working alongside Belgian filmmakers Emma de Swaef and Marc James Roels and how he revelled in the new tasks presented by the film. 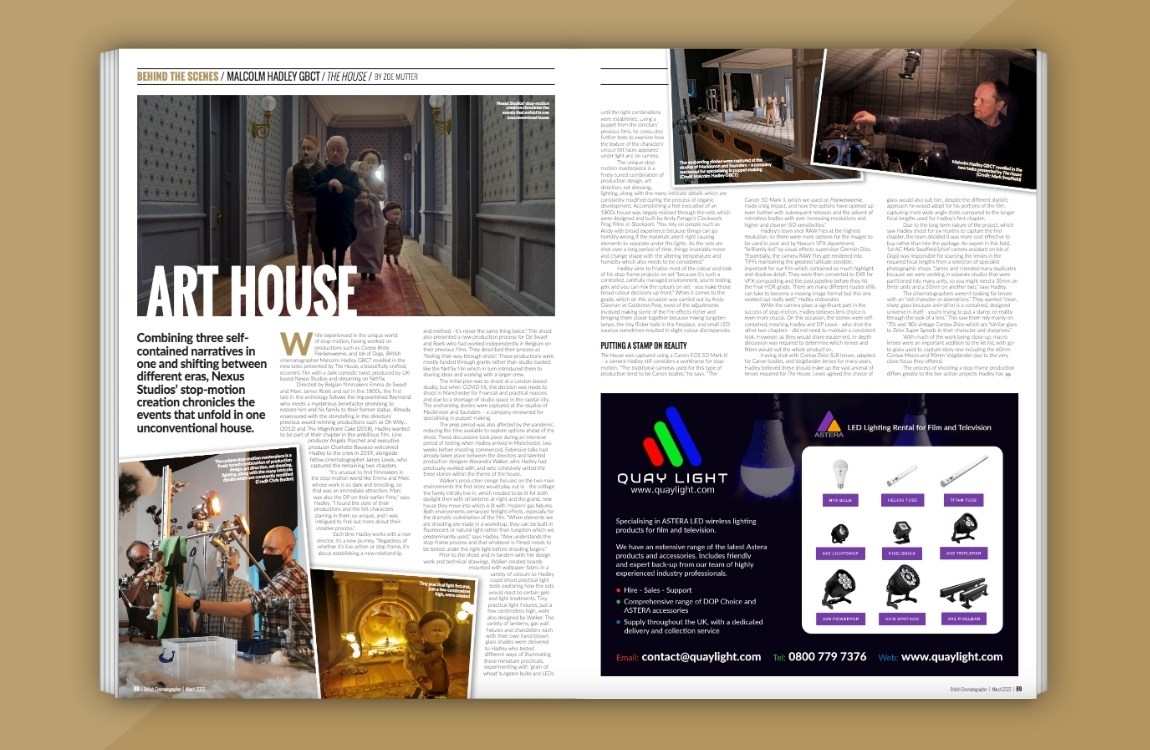 Up-and-coming talent David Pimm discusses the best advice he's ever been given, the one piece of kit he couldn't live without, and his approach to cinematography in our latest installment of Meet The New Wave. 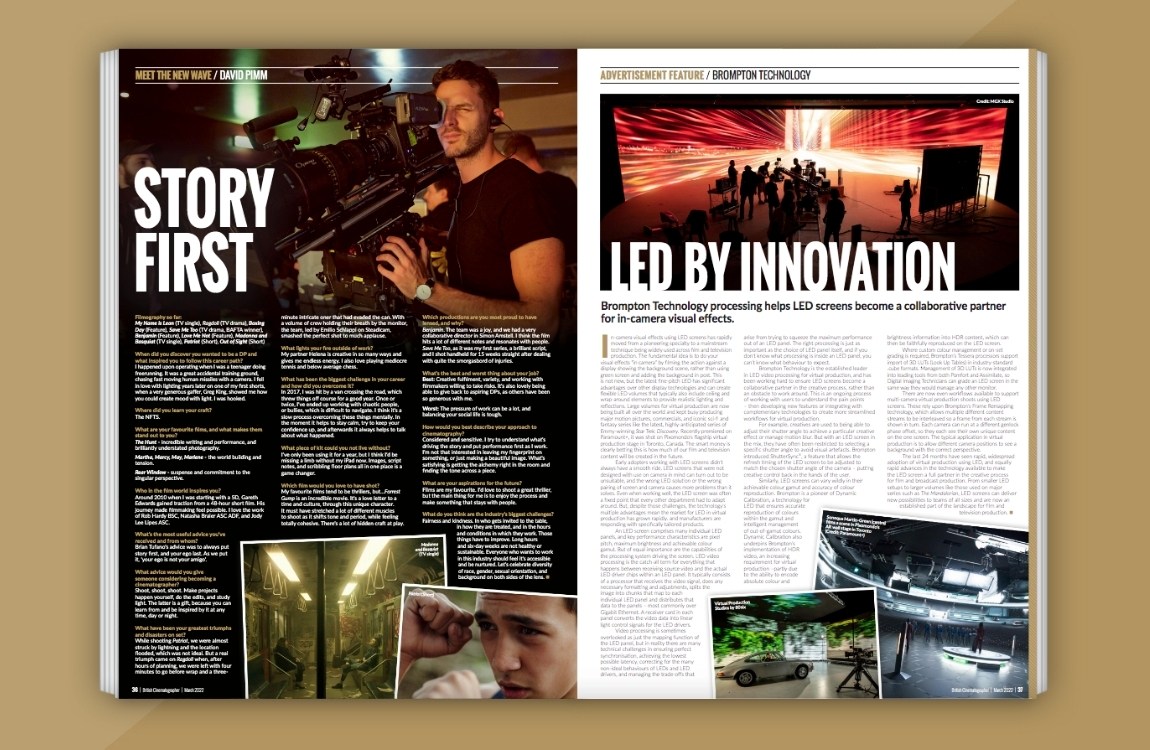 From Scum and The Long Good Friday through to The Mask of Zorro and Casino Royale, award-winning cinematographer Phil Méheux has entertained and inspired many with his work.

It was only fitting that James Friend BSC ASC – whom Méheux mentored and has formed a firm friendship with – sat down with the BSC Lifetime Acheivement Award recipient and filmmaking master to discuss his career and gain an insight into the industry and art of cinematography. 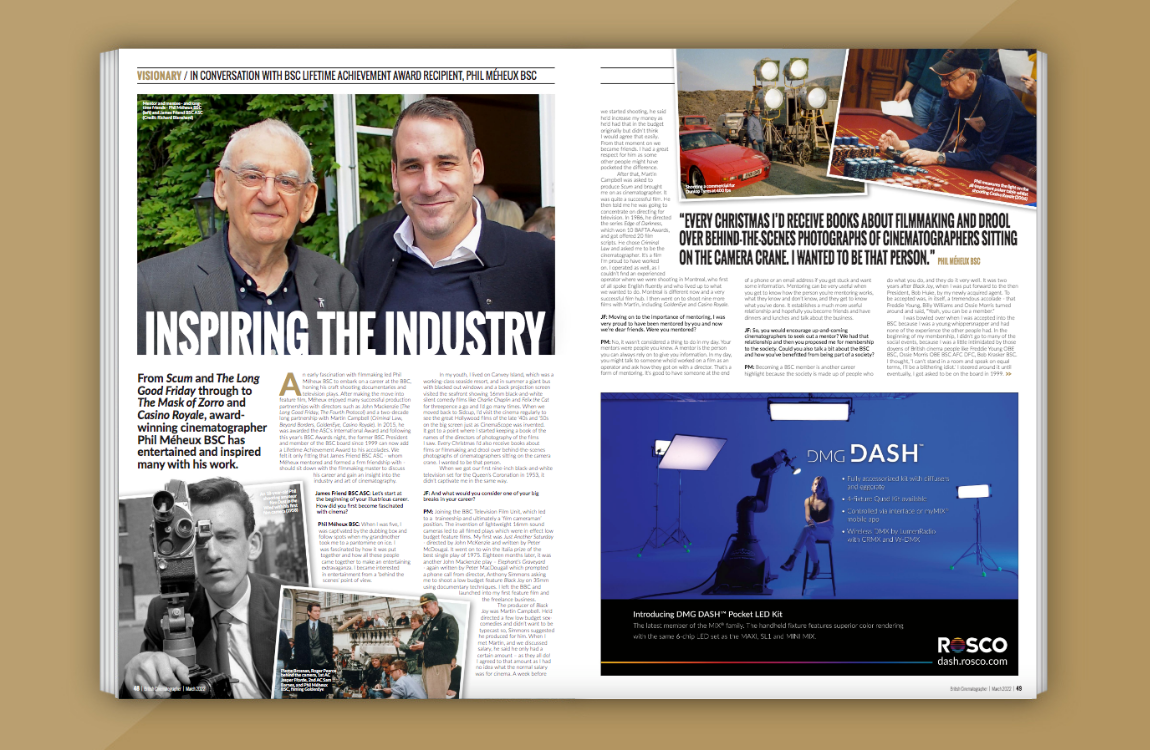 He discusses his time shooting the Oscar- and BAFTA-nominated coming-of-age comedy-drama. 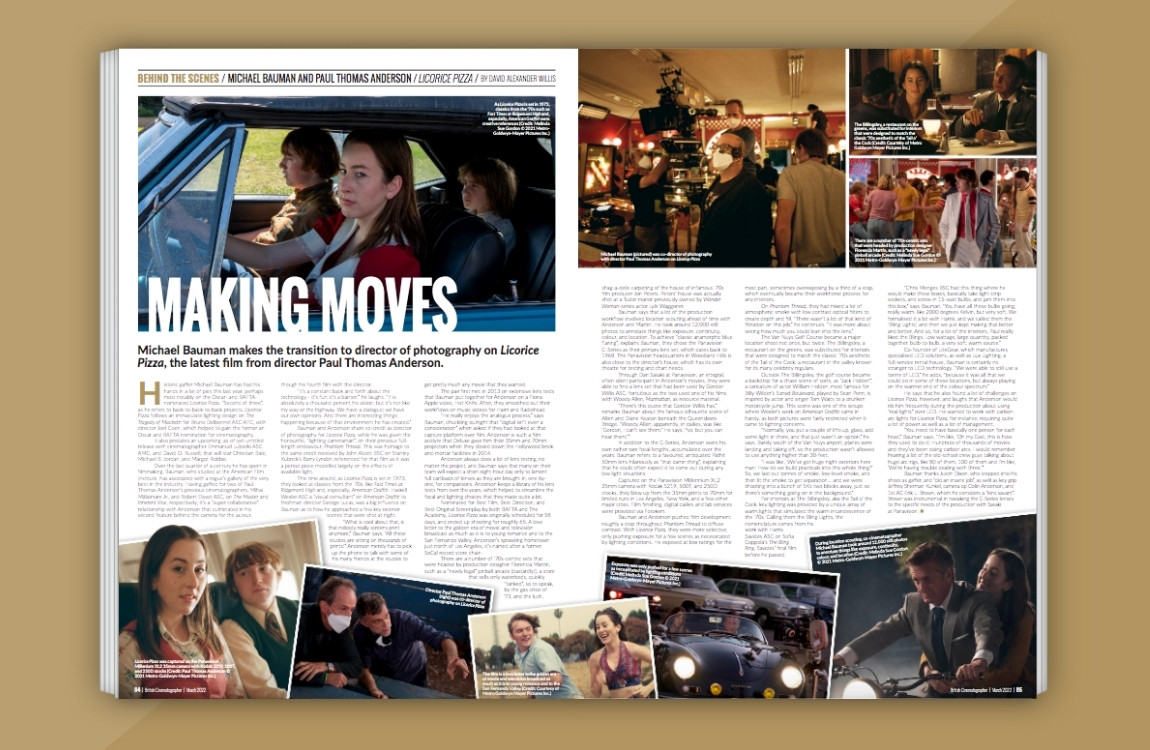 "We talk about our challenges and how best to steer the visual language as friends. If Pat or I try something new, we'll tell each other if it worked well." 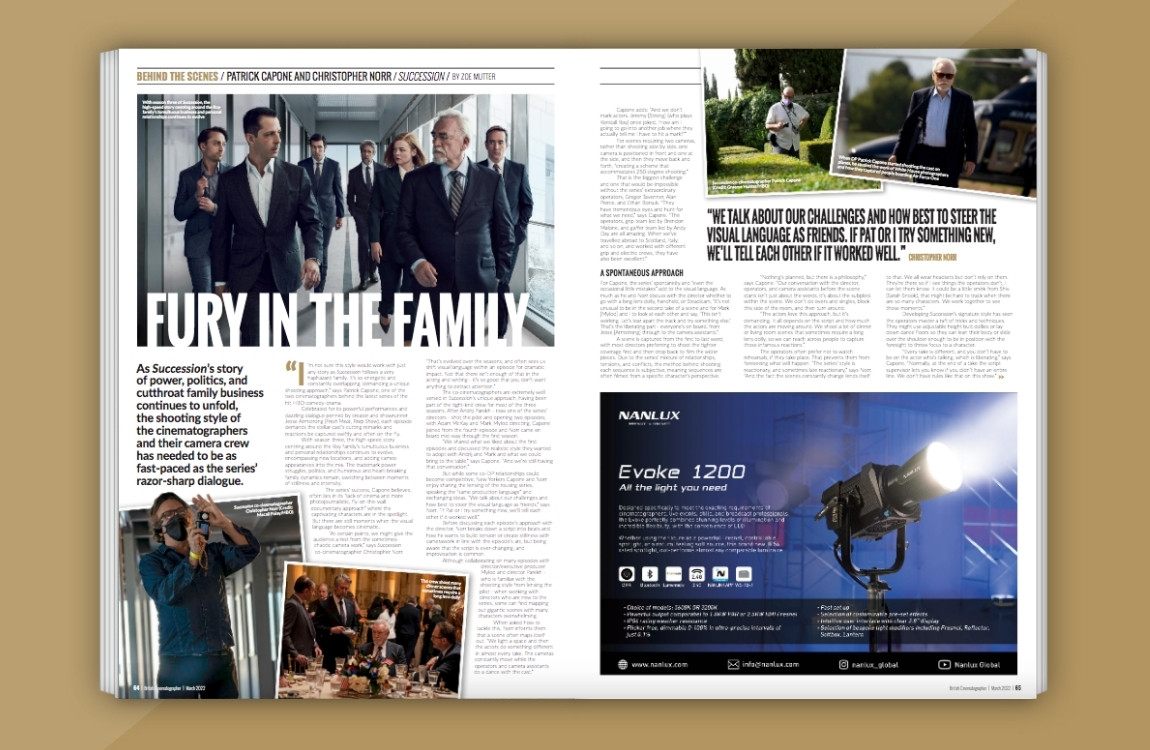 Jarred Land has spent his career in close collaboration and connection with filmmakers, supporting the execution of their vision with powerful and ground-breaking tools. In this month's installment of Innovator, British Cinematographer shines a light on the President and co-owner of Red Digital Cinema.

In his first column since being appointed BSC President, Christopher Ross BSC reflects on the words and work of previous presidents, welcomes in-person celebrations of cinematography, and highlights the importance of human connection and a respectful workplace.

Braden Haggerty talks about her career as an underwater cinematographer and camera operator.

In The Big Picture feature on sustainability, crew members, studios, and rental companies discuss what is being done in the film and TV industry to reach Net Zero by 2050.

Steven Poster ASC highlights some of the tools and resources he believes DPs will find useful in the future.

In The Craft, Witold Stok BSC explores the use of natural light in a truly illuminating piece.

In IMAGO News, there's an update on the diversity and inclusion that took place at EnergaCAMERIMAGE.