The July 2022 issue of British Cinematographer is now here! You can find out more about the incredible interviews and articles you can expect to find inside the 112th edition now by reading on…

The Man. The Music. The Legend. In the cover story special, British Cinematographer offers fascinating insight into the creation of Elvis, the electrifying biographical musical that tells the life story of the king of rock ‘n’ roll. 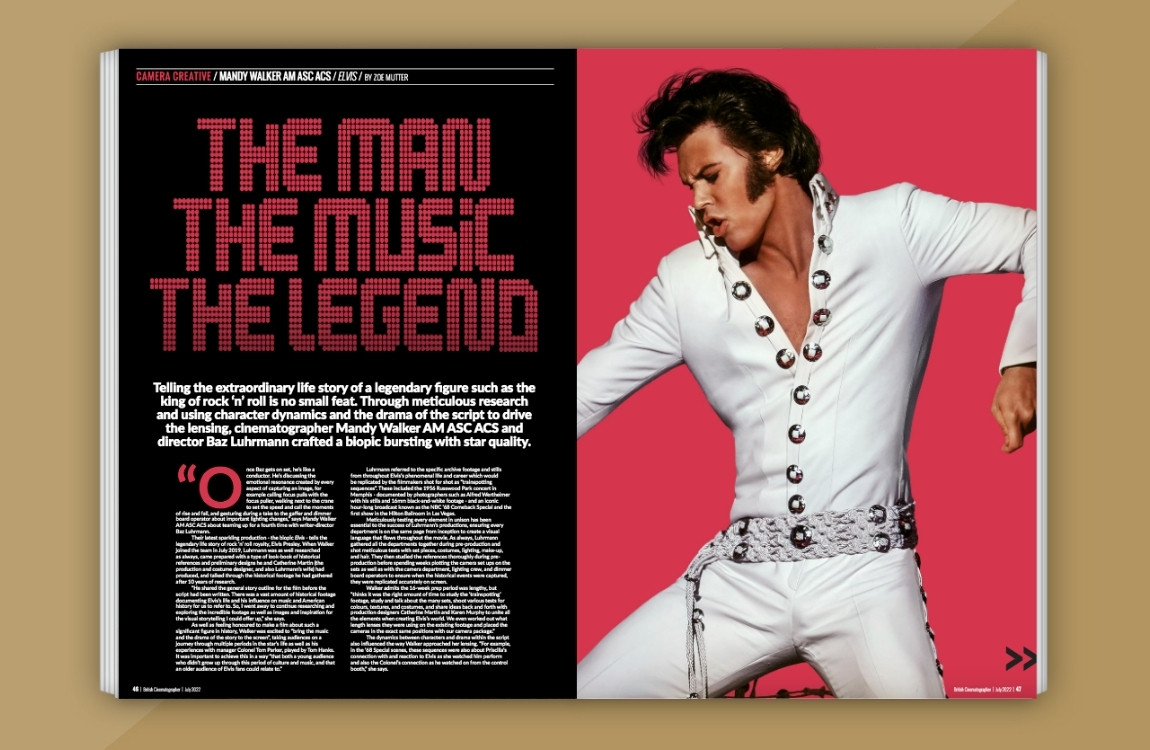 Cinematographer Claudio Miranda ASC and the phenomenal team of aerial specialists reveal how air-to-air and ground-to-air techniques along with in-cockpit cameras captured the speed of the aircraft and immersed audiences in the supersonic action of Top Gun: Maverick 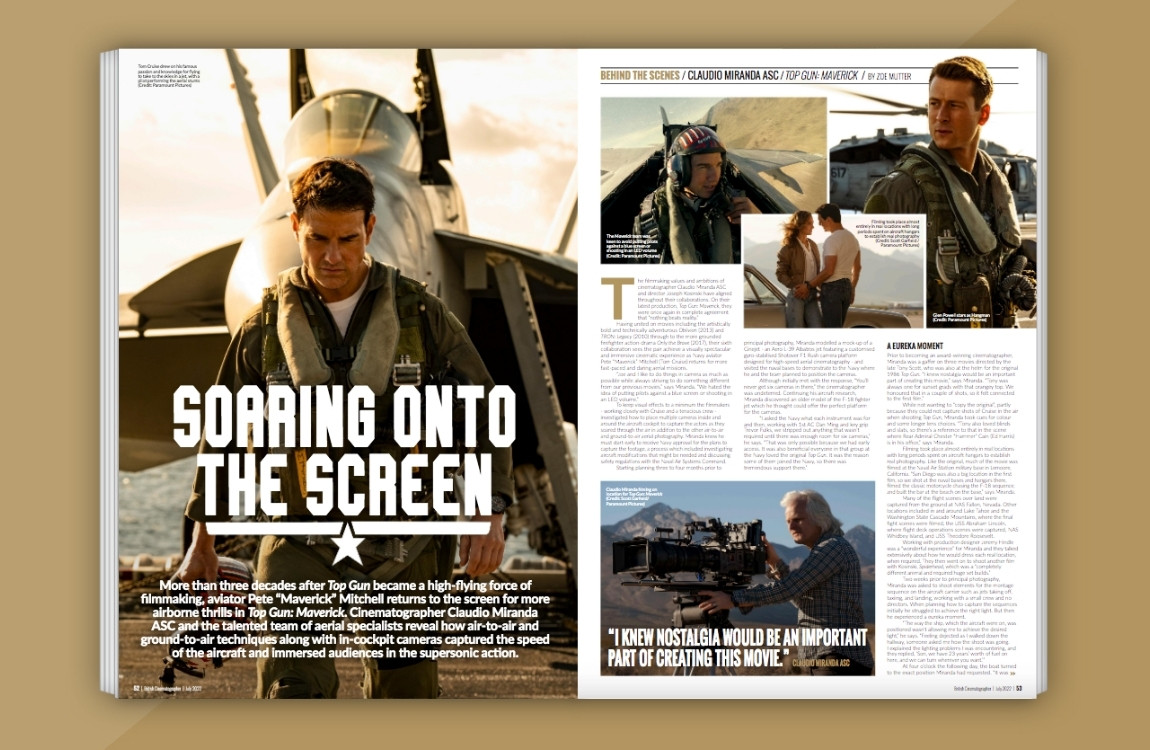 "Danny is an investigator of film and I relate to what he said film and music are capable of. They do suspend time." 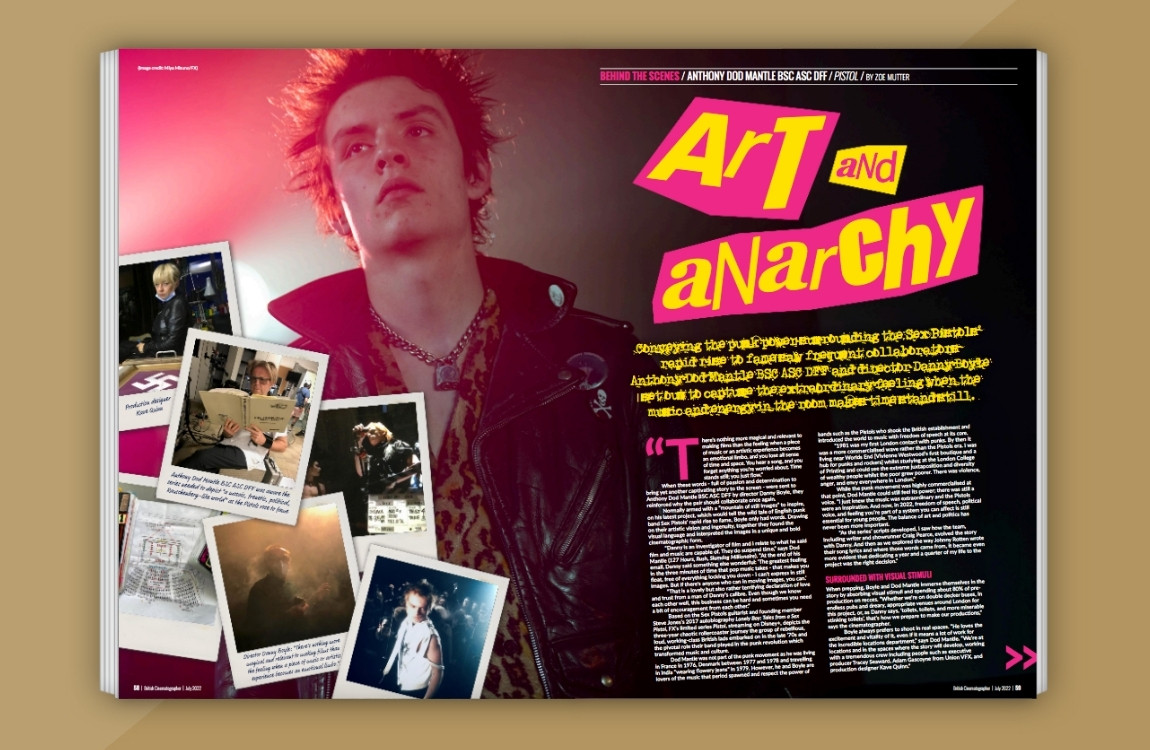 Justin Brown takes to the skies for Burberry’s high-flying spot to capture the movements of four flying acrobats. 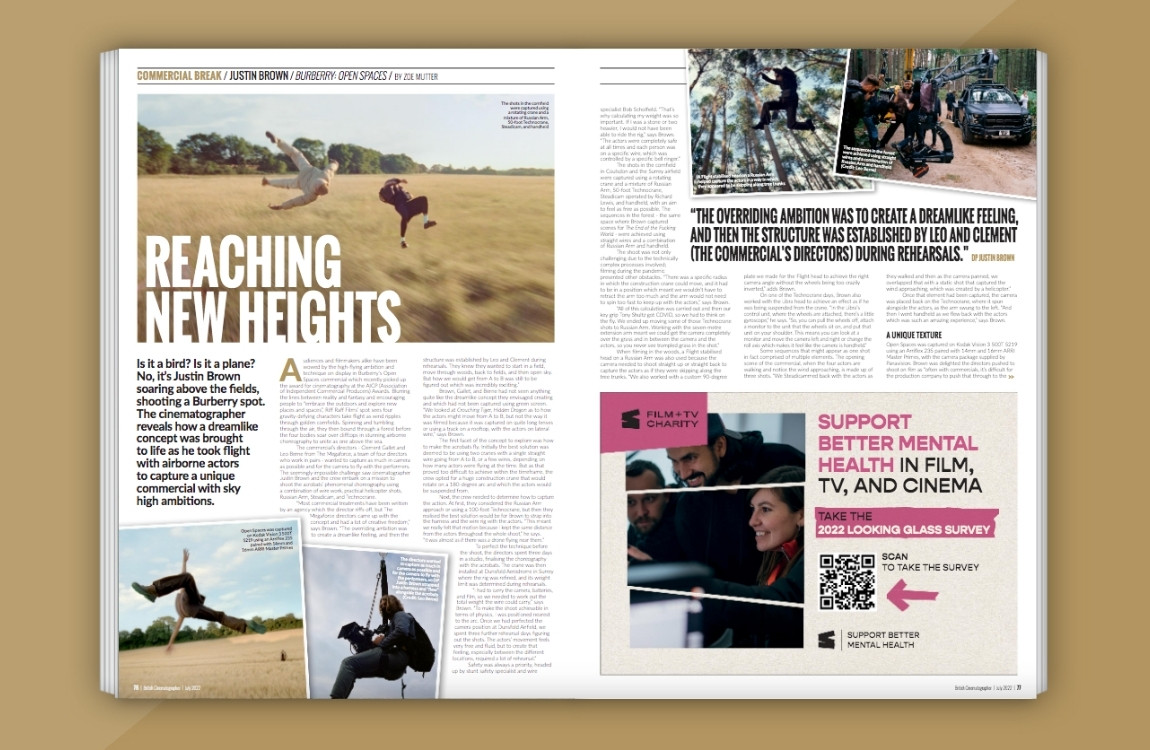 From messenger boy, aged 15, to legendary cinematographer with over 90 credits to his name, Anthony Richmond BSC ASC has plenty of stories to share.

He recalls his favourite moments from his illustrious career in the latest instalment of the Visionary profile. 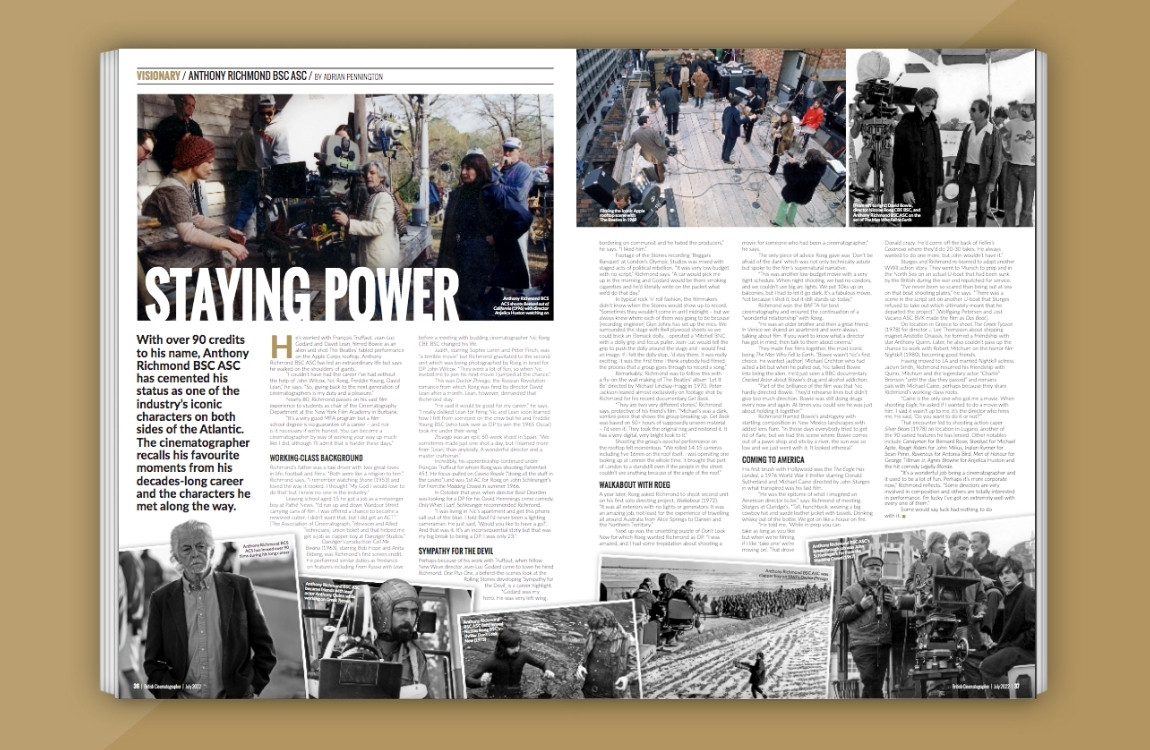 In the latest edition of The Craft, British Cinematographer takes a close-up look at the preferred sensor sizes of cinematographers and the dynamic relationship between sensor and lens. 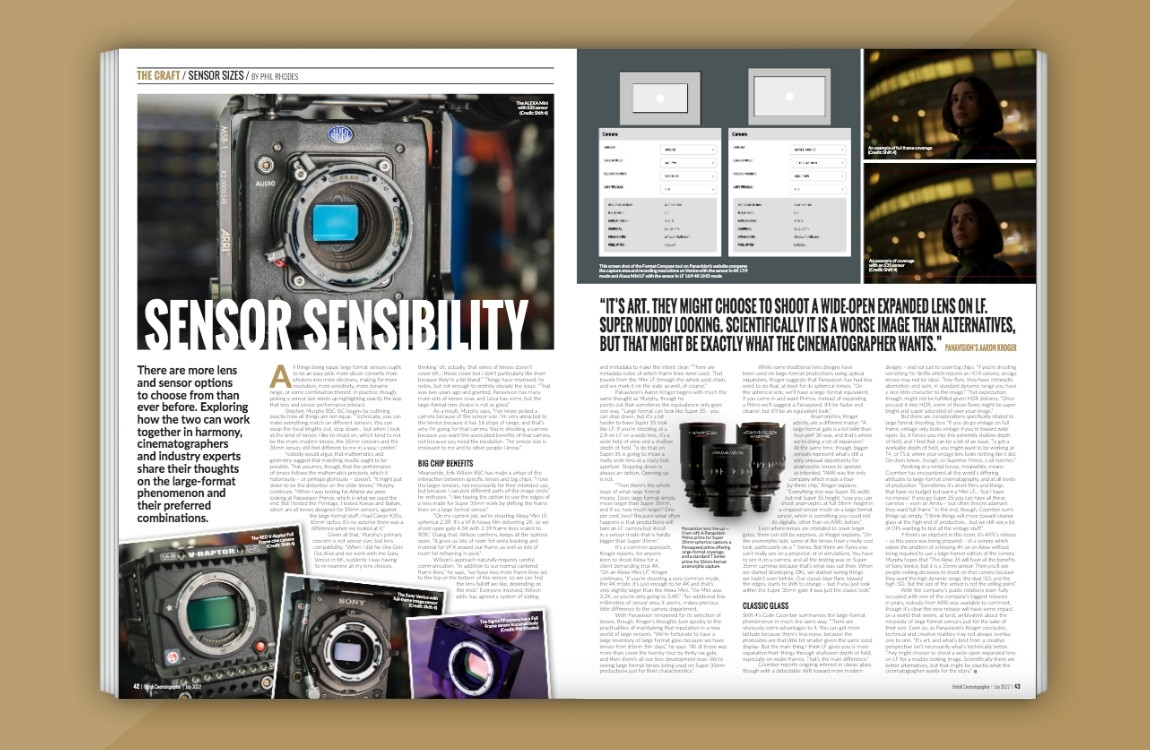 Naturalism, softness, and elegance were at the fore for cinematographers Suzie Lavelle BSC ISC and Bobby Shore when establishing the appropriate tone to successfully translate novel Conversations with Friends into a BBC Three Series. They share their experiences of bringing the series to life. 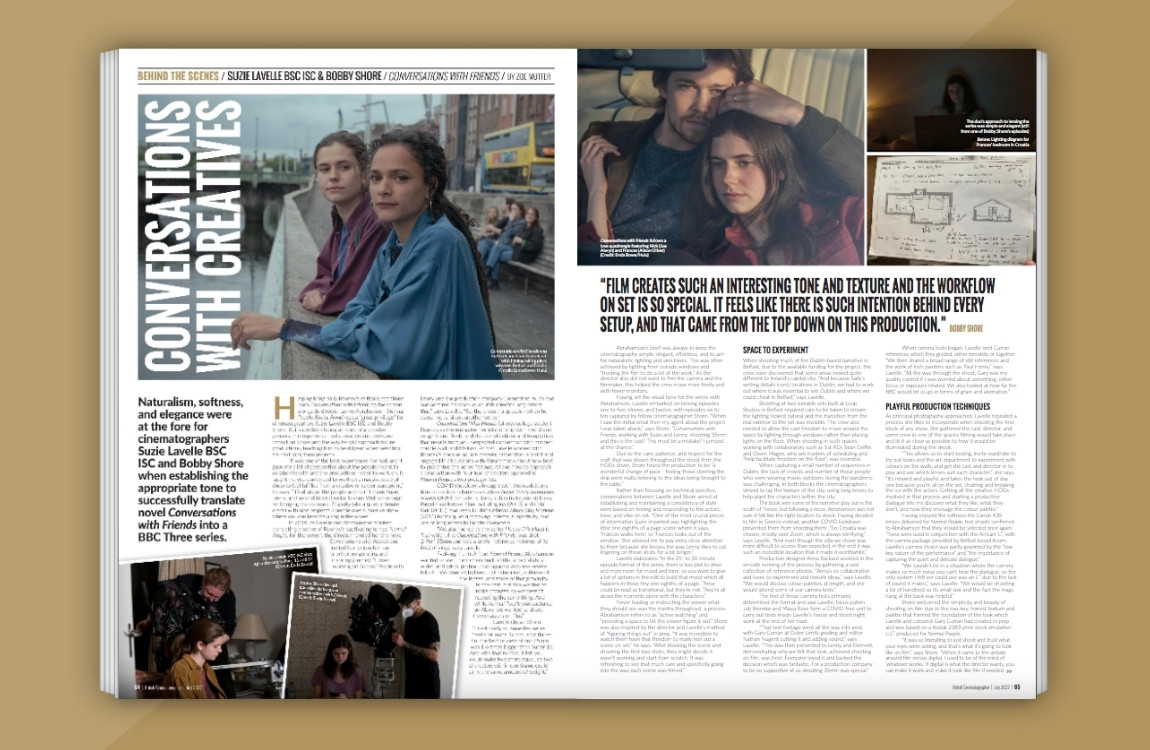